Home Hemp: Past, Future, and Present

Hemp: Past, Future, and Present

Imagine reading your grammar school text books on hemp paper?  Or how about driving a car built with hemp that is also powered by hemp? Or what about having a couple of the most revered documents in American history written on hemp paper in the Declaration of Independence and the Constitution?  Or better yet, brace yourself; what about paying your taxes with hemp?

Believe it or not from 1631 until the early 1800’s it was completely legal to pay your taxes with hemp (I should also mention it was also legal to pay your taxes with tobacco, cotton, and even alcohol). In fact, in 17th century America, farmers in Virginia, Massachusetts, and Connecticut were actually ordered by law to grow Indian hemp, and by the early 18th century a farmer could be prosecuted if they weren’t growing hemp on their land. Here we sit in the 21st century fighting the good fight to legalize marijuana from state to state with hopes to one day see marijuana declassified as a Schedule I drug federally; but what about its bud-less sister-plant, hemp?

Many believe that the Constitution, the Declaration of Independence, and even the Bill of Rights were written on hemp paper. Historians are quick to point out that all three are written on Parchment (which is treated animal skin), but it is however generally accepted that the drafts for these documents were likely written on hemp paper. We know that Thomas Jefferson and George Washington grew hemp and we know that hemp paper can last at least 1500 years. Hemp fiber paper resists decomposition, doesn’t yellow with age, and can be recycled much more than wood based paper.

Farmers around the world have been growing hemp legally for thousands of years. So what happened with America? In the late 1930’s Congress passed the Marijuana Tax Act which effectively made hemp cultivation impossible with the tax and licensing regulations. A few years later the attack on Pearl Harbor halted the importation of Manila hemp from the Philippians which lead the government to form a private company called War Hemp Industries to subsidize hemp cultivation. The government grew over a million acres of hemp in the Midwest until the war was over and all of the hemp processing plants were shut down.

The list of uses for hemp seems endless: fuel, oil, paper, food, clothing, medicine, plastic, skin care…Hemp was mankind’s leading crop for 8,000 years and is due for a comeback. However, America is the only industrialized nation in the world that doesn’t seem to recognize the value of industrial hemp or allow its production. Here are a few countries that ‘get it’: Australia, Canada, China (the largest exporter of hemp textiles), France, Germany, Great Britain, India, Italy, Japan, Spain, Korea — you get the picture. 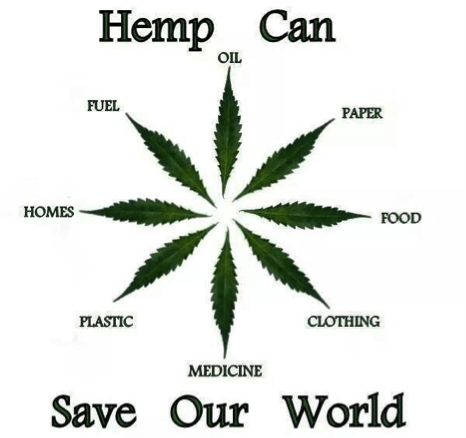 That said the country does seem to be getting much more progressive as more research is done on the benefits of marijuana and the uses of industrial hemp and legislation reflects that. Within the last two years we’ve seen Colorado, Washington, Oregon, Alaska, and Washington D.C. legalize marijuana for recreational use. As far as industrial hemp is concerned, 22 states have introduced legislation, including VT, HI, ND, MT, MN, IL, VA, NM, CA, AR, KY, MD, WV and ME, addressing support, research or cultivation with bills or resolutions according to the HIA (Hemp Industries Association) website. 11 states have legalized industrial hemp production and at this rate I’m of the opinion that both marijuana and industrial hemp are federally legal inside of 10 years.

Companies are looking to the future.

With 25,000 products with hemp in them, companies like Stevia Corp (ticker STEV) and CannaVEST (ticker CANV) see the value in the half a billion dollar hemp industry in the United States. Stevia Corp recently founded Real Hemp, a subsidiary with the sole purpose of cultivating hemp. Said George Blankenbaker, “The growth in the hemp market is being fueled by the increased public knowledge of hemp and its many benefits and the market will continue to grow as more public awareness occurs. I am currently in Asia where more than 70% of the world hemp supply is grown, working with my team to confirm quality suppliers and products.” He added, “Even with all the known benefits of hemp, I believe the long-term hidden value is the cannabinoid content. Although hemp is bred to produce low levels of THC, it still produces all of the other known cannabinoids common to medical marijuana, many of which are being studied for their effectiveness against cancer and other diseases. I believe continuing to leverage our current experience and expertise gained working with stevia to identify and extract specific compounds will lead to substantial value working with hemp long-term.” Stevia Corp is on the verge of its first full harvest and will be launching its line of hemp products in the near future realhemp.com. Cannavest (CANV) on the flip side creates a unique product line using industrial hemp to make CBD oils etc (for more info https://cannavest.com/). 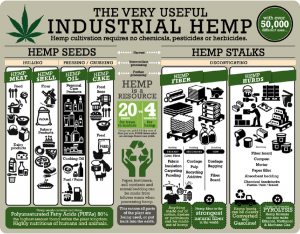 So I guess the real question here is, how much longer can we ignore all of the benefits, uses, and economic value of industrial hemp?

2 Marijuana Stocks To Watch In November For Better Trading