Unless you haven’t been following the news flow tonight or the twitter rants of a certain Bruiser who I must give credit to, then you may already know that Canopy Growth ($CGC $Weed.v) has given pink slips to 500 workers in two of their Tweed Facilities. The two facilities in question, representing roughly one million square feet of production space are the Delta and Aldergrove in B.C. While it sucks that hardworking people lost their jobs we have to look at this from a business standpoint. No this isn’t the capitalist CannaBro “profit over people” type rant, it’s a rationalization of cut 13% to save the other 87% of workers, but please send hate mail to Wolf@marijuanastocks.com if u feel sour.

Canopy currently employs about 3,000 people, if for argument’s sake we say each of those people make $1,000 a week on average that’s $3m payroll a week, $12m a month, $150M a year. These numbers matter, so saving eight figures in payroll alone is important as it can be allocated towards something else for a rainy day. The key point of this news is the facilities. People clearly are focused on the people, I get it, but let’s keep in mind what this will do to operating expenses by scuttling those facilities. Yes they are going to take a big right down like everyone else in Canada has done, its always been inevitable, but the silver lining is capital preservation on capX and Opx. 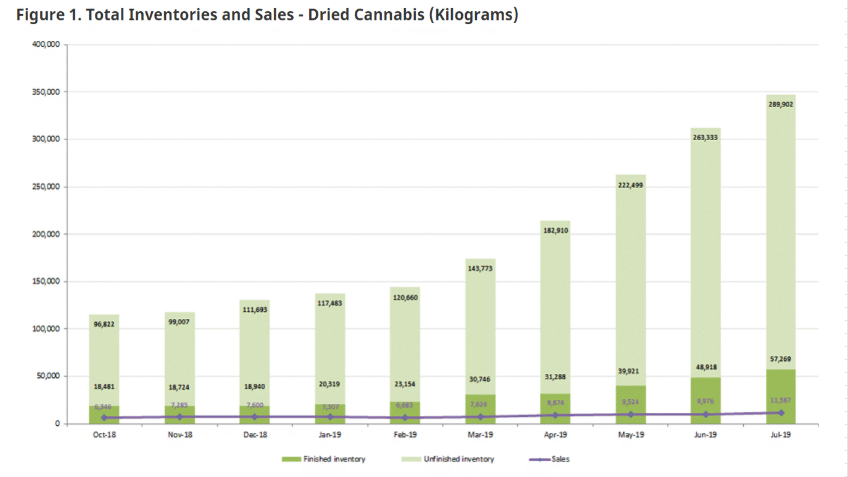 The name of the game in Canada right now is survival until Health Canada gets its act together with dispensary rollouts. Companies like Canopy, Aurora, Aphria, Organigram, and many others have been growing lots of cannabis with no where to sell it. Yes, its an oversupply issue, so thank you captain obvious reading this yet never made a good trade-in your life, but the real culprit is dispensary openings & lack thereof. Canada has about 35 million people and the model they should be following is the Colorado model of 1 dispensary for every 10,000 people.

In case you didn’t know Colorado did $1,750,000,000 (Yes Billion) in cannabis revenue last year, all with a population of 4.3 million. If I had to describe how bad Canada’s dispensary rollout is to someone I’d say “imaging taking a pineapple and shoving it up you’re a$$, but 1 millimeter at a time. Ontario has less than 30 dispensaries with a population of 14m+ so they have less than 2% of what they need, yet they do 7.5X the revenue of Alberta for example that has almost 400 dispensaries. Figure Canada needs about 3,500-3,700 dispensaries. Obviously they have a long way to go, but I digress…. 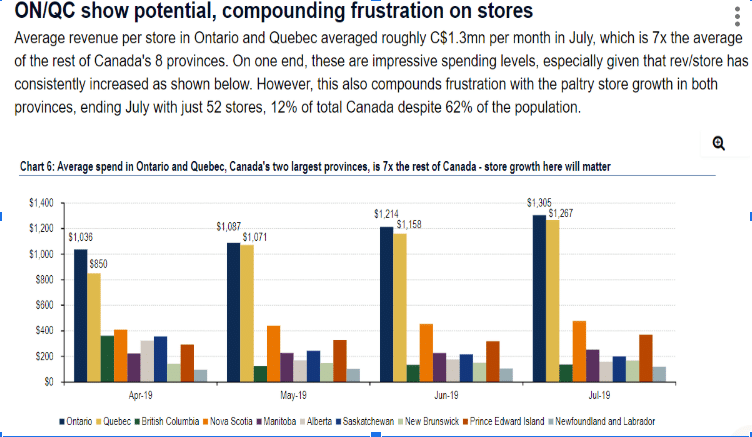 Back to Canopy, I’m bullish on this move long term for Canopy and I’m sure I will be in the minority on this one, but this doesn’t mean I’m going to back the truck up tomorrow either. My feeling is that analysts will view this as a good move that is better done now vs later and traders and retail investors will do what they always do, buy high & sell low. I also wouldn’t be shocked if this piece of news is forgotten this time next week. Food for thought…

Are You Watching These 2 Pot Stocks Righ Now?

To Pot Stocks For Your 2021 Watchlist

Will These Marijuana Stocks Reach New Highs In 2021? When it comes…