Home The Greatest Olympian of All-Time…

The Greatest Olympian of All-Time… 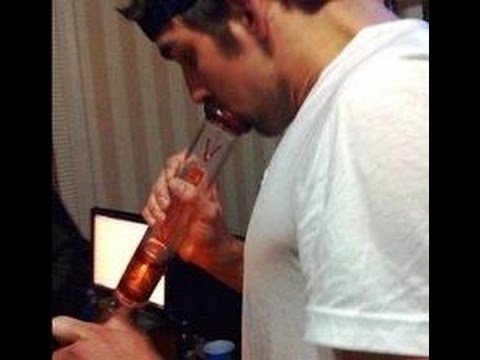 Michael Phelps, who is unarguably the greatest Olympian of all time (The #GOAT) has smoked marijuana. At the age of fifteen at the 2000 Athens Olympics, Phelps became the youngest male to make an Olympic swim team in almost seven decades. While he did not win at that time, he did place in the finals. During the world championship the next year, however, Phelps, still fifteen, became the youngest male ever to set a swimming world record. He then proceeded to break that record again and become the world champion.

He continued to win world championships up until the 2004 Olympic Games, but it did not stop there. Phelps went on to break two world records during this period and won a grand total of six gold medals. The next Olympic Games Phelps was even more successful, setting seven new world records and winning a total of eight gold medals, beating Mark Spitz record of seven gold medals won in a single Olympic games.

The following year the world was shocked to hear Michael Phelps, Wheaties cover boy did something no 20-year-old Olympian should ever do. Phelps made headlines when a picture of him surfaced with him taking a Bong Rip. To be fair, it wasn’t even a big bong and a guy like him can definitely clear a much bigger chamber with his superior lung capacity. Even so, he was under fire by moms & dads that felt this kid smoked weed. The Kellogg Company refused to be his sponsor and USA Swimming gave him a three-month suspension swimming ban. Phelps publicly apologize and was forced to admit to “inappropriate.” Should Phelps have apologized for being a kid that couldn’t legally buy beer just because a few companies said he disappointed children that held him up as a role model? Hell NO!

If you’ve followed the news the last two days, the DEA just announced that they are unwillingly to reschedule marijuana and keep it as a class 1 drug. As a class one drug, according to the DEA Marijuana is more dangerous & addictive than Cocaine, Oxycontin and amphetamines. Yet here we have Phelps the greatest Olympic athlete of all time still winning gold at the Rio Olympics and probably still smoking weed in the off season. Phelps is proof of just how innocuous marijuana can be. Those against marijuana prohibition will state that the drug will ruin your life, make you lazy, etc. Michael Phelps destroys that argument by being the most decorated Olympian of all time with twenty-one (and counting) gold medals!

It actually turns out that the masterminds behind the Olympics were under the same impression; in 2013, the World Anti-Doping Agency (WADA) changed their rules concerning marijuana. No one was really paying attention when they made this rule change because they were focusing on the banned substances being added. In 2016 the limit of THC in your system was moved to 150 ng/ml. Basically that means you can’t show up stoned when competing, drunk or hungover. Theoretically you can smoke a month before you compete and be a-ok.

Congratulations Michael Phelps on being the most decorated athlete in Olympic history and being a poster boy for advocates and activists fighting to change the perception of how cannabis effects the user. You are not lazy, crazy and suffering from “Reefer Madness” as many people would try and make you believe. Keep dominating in the pool and go USA!

The first hemp bar has now opened up in East Village.…

With pending legalization and the support of the public, marijuana stocks have…