The marijuana industry has shown a massive correlation to what is known as cannabiotech. Companies in the latter sector have been working to secure new pharmaceuticals utilizing components from the cannabis plant to help solve a myriad of health issues. As this part of the market becomes accepted by the wider public and many federal boards in the U.S., marijuana as a whole is continuing to show more promise for a bright future.

One of the largest updates to the cannabiotech sector has been the introduction and subsequent passing of the Farm Bill. The Farm Bill has helped to open up a completely new sector on producing hemp as a commodity within the U.S. As hemp has played a massive role in the history of the country, analysts believe it will create a new and thriving market as it’s uses are innumerable. Several companies are able to benefit from the passing of this bill as it allows for the production of industrial hemp that can be used to produce CBD or cannabidiol.

CBD is one of the main medicinal components of the cannabis plant, and can be used in a variety of pharmaceuticals to help treat or cure many of the most prominent illnesses we face. Biotech companies such as GW Pharmaceuticals (GWPH), INSYS Therapeutics (INSY), and Zynerba Pharmaceuticals (ZYNE) are leading the charge for cannabis-infused pharmaceuticals for the future of medicine.

GW Pharmaceuticals is one of the most prominent players in the cannabis biotech sector. The company made worldwide headlines after they received approval from the Food and Drug Administration or FDA in the U.S., for a drug known as Epidiolex. Epidiolex, which is used to treat rare forms of epilepsy such as Dravet Syndrome, is the first drug to be approved by the agency to use components from the cannabis plant. GW Pharmaceuticals has seen their stock shoot up since the end of December by as much as 28% in only a two week period ending on January 7th. This massive gain should hopefully continue as we move further into the future.

The administration then quickly moved the drug down to a Schedule 5 under the Controlled Substances Act which makes it much less dangerous from a policy standpoint than recreational cannabis. Since around November, Epidiolex has been deployed as one of the primary treatments for the aforementioned disorders and has been shown to be lifesaving to those who need it.

While the approval of the drug may sound like a win for patients, it is almost equally a win for the cannabis industry. This was the first time that a federal government body recognized the potential for a cannabis compound to have medicinal properties. This signaled a major paradigm shift for the industry that will hopefully continue to trigger a domino effect for future legislation.

Insys Therapeutics is another one of the key players in the cannabiotech industry. Insys is considered to be one of the industry leaders in producing cannabinoid-based pharmaceuticals. The company recently announced that they are working to create a series of drugs that can help to treat anaphylaxis, epilepsy, opioid addiction and more. All of this is made possible through the use and subsequent approval of cannabis or hemp derived compounds.

Insys has shown a massive increase in their share price shooting up from $3.35 on December 28th to as much as $4.61 in the last week. This represents an almost 40% gain which is quite unprecedented but shows the massive trust that investors have in the future of biotech businesses.

Zynerba Pharmaceuticals is working to be the leading producer of transdermal (through the skin) pharmaceuticals using cannabinoid compounds. Zynerba has been working recently on new pharmaceutical substances that will be able to treat rare neuropsychiatric disorders. The company is currently working on several trials of groundbreaking drugs that should continue to show promise in the coming weeks. Several of the leaders in research at the company have been presenting these new “Transdermal Cannabidiol Gel” treatments across various educational boards for scientific review.

This seems to be the first step in moving forward with these life-changing substances and Zynerba continues to lead the fight. Similarly to the companies mentioned above, Zynerba has seen a 50% gain from $2.81 on December 21st to $4.24 over the last three weeks. A large amount of this is of course due to the potential of the future of the industry, but with so much of the public in favor of using these substances, it seems as though we are just at the beginning.

Cannabiotech is one of the most exciting sectors of the market today. With the introduction of new pharmaceutical drugs and the ease of producing industrial hemp, the gains for the cannabiotech sector seem to be unprecedented for the future. These companies among others appear as though they are leading the charge for new and life-saving medicines made with cannabis compounds. 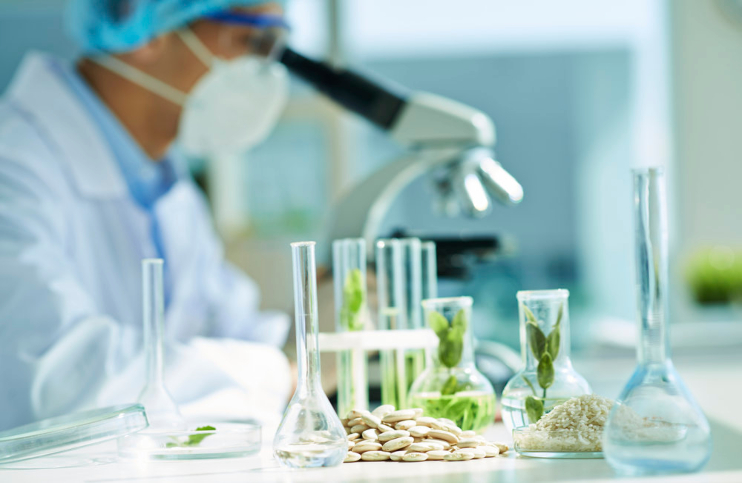