One of the many marijuana stocks to watch in the cannabis industry has managed to grow at a decent pace over the past year is Curaleaf Holdings (CURA Stock Report) (CURLF Stock Report). Although this pot stock to watch has had its fair bit of ups and downs in the market, Curaleaf has continued to work on initiatives to grow its business. It is now one of the better-known names in the medical cannabis industry and in new development; the company has announced that it is going to roll out a new product in Florida.

A Marijuana Stock With Signs Of Hope

However, it could be even more significant for this marijuana stock as the company might have the advantage in a state which is regarded as one of the most lucrative markets for medical cannabis. The tablets are supposed to be easy to consume for most patients and are also going to be available in mint flavor. The company also stated that the tablets act slowly and get dissolved in the mouth after a point.

This Marijuana Company is Making Progress 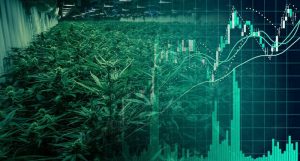 The development further strengthens Curaleaf’s presence in the state of Florida as well as a key marijuana stock to watch. To date, Curaleaf has opened 26t dispensaries in the state of Florida. That being said, CURA operates in as many as 49 stores across the United States. Curaleaf has made claims that they are a marijuana company with a strong presence in the USA. Also, another plus deliveries that are made by Curaleaf are free. This can also be another factor that could help in the company’s growth heading into the future.

Raymond Schwab has had his children taken away due to his…