$VPRB Brands HONEYSTICK and Gold Nugget Extracts Will Be Teaming Up

Rob Kressa, GC’s CEO, stated, “The new open disclosure standard for the greenhouse selling portal is just the first step in our progression to becoming the nation’s largest greenhouse supplier in the cannabis grow and herbal farming markets. Since we announced our exclusive agreement with Sangreen for distribution of greenhouses at half the cost of the current market price, we have spent the past few months perfecting the design and supply lines.”

$ADVT Gets Largest Order to Date from SpeedWeed

ADVANTIS CORPORATION ( OTC PINK : ADVT ) announced today that SpeedWeed, California’s largest Collective, placed what has become for Advantis, their largest order to date. Advantis further announced, among other positive news, that their 1st quarter revenues are up 300% from the previous quarter. Advantis also announced that they received their first order from Arsenal, a large collective in San Diego. According to Advantis CEO Christopher Swartz, “This new technically-driven collective has placed its initial order and will begin carrying our entire product line next week.” 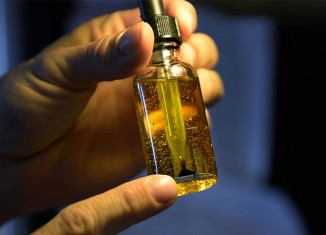 Pursuant to an agreement between MAPH and VPRBrands, we were hired for a period of 90 days to publicly disseminate information about (VPRB) including on the Website and other media including Facebook and Twitter. We are being paid $45,000 (CASH) for or were paid “ZERO” shares of unrestricted or restricted common shares. We own zero shares of (VPRB) which we purchased in the open market. We may buy or sell additional shares of (VPRB) in the open market at any time, including before, during or after the Website and Information, provide public dissemination of favorable Information. Unsubscribe | To contact us please reply to this email | PLEASE READ OUR FULL PRIVACY POLICY & TERMS OF USE & DISCLAIMER

Marijuana Stocks: The Cannabis Sector is the Next Great American Job Boom…

Are These Marijuana Stocks Primed For The Long-Term?

Will These 2 Marijuana Stocks See More Gains In 2021

Are These Canadian Cannabis Stocks A Good Investment?